Eastern Exposure Hockey is governed by the rules of USA Hockey, and it is the responsibility of each player, coach and team manager to be familiar with these rules and ensure all participating players and coaches are registered with USA hockey for insurance purposes.

TRAVEL PERMIT—For teams outside the USA, the tournament will require an official executed travel permit from Hockey Quebec (Canada).

USA HOCKEY/ HOCKEY CANADA ROSTER SUBMISSION — A USA Hockey Official Team Roster Form (1-T) approved by the District or Associate Registrar or Hockey Canada Certified Player Roster approved by the governing Canadian federation is required for all participating teams and shall be proof that all participating teams are properly registered and all participants are playing in the appropriate age classification and level. Official USA Hockey rosters or Hockey Canada rosters must be submitted to Eastern Exposure Hockey at least 10 days before the event start date.

TEAM PLAY ROSTER : Rosters submitted must match the team’s verified/approved USA Hockey Official Team Roster (1-T) or Hockey Canada Certified Player Roster. No changes will be permitted. Rosters are frozen on the first day once the puck drops for the first game.

All players are 2006 birth year or younger unless otherwise approved by tournament management.

HOME TEAM/ AWAY TEAM – as determined by the Showcase schedule. Home will wear dark color

MOUTH GUARDS— All players are required to wear a colored, non-clear (Rule 304F) mouth guards (Squirt players excepted as per USA Hockey), or as per their Organization’s directive (per out of country teams).

ICE CUT—An ice cut will follow at the end of every game. All games will start on clean ice.

READY TIME—All teams must be ready to play 15 minutes prior to their scheduled start time.

WARM UP: three (3) minutes. Teams are to provide their own pucks

LATE TO ICE—If a team is late getting on to the ice for warm-up, they can be assessed a 2:00 penalty for delay of game.

MERCY RULE—Play clock will go to running time if goal differential is 6.

FIGHTING—Fighting is strictly prohibited. Any player involved in a fight may be dismissed at the discretion of tournament management and referees. If a game is interrupted by on ice fighting between players and /or bench staff, then the clock will continue to run. Games times will not be restored until the whistle has blown on the play that immediately follows the on-ice fight. Minutes lost will not be restored.

GAME PLAY in a Tournament Situation

3-minute warm-up before each game.

Round Robin(play down) games will be scored with:

2 points for a win

1 point for a tie

0 points for a loss.

Standings and Playoff Seeds will be determined by (in order) :

3) Goal differential (total goals for - total goals against. Up to a max + 6)

Playoff Rules in a Tournament Situation

Each team will be allowed (1) :30 second timeout in playoff games only

If playoff game is tied after regulation, we will go to Overtime/Shootout

If a team is assessed a penalty; teams will skate 4-on-3 for the length of the penalty. Once the penalty is over, the game will proceed with 4 on 3 play until a whistle blows the play dead. Teams will then revert back to 3 on 3 hockey.

If there is no winner during the overtime period, a shootout will determine the game winner.

Shootouts will be 5 players as designated by each coach

Home team will have choice of shooting first or second

All players must take part in the shootout before a player can shoot again.

In the unfortunate event of one or more teams cancelling just before or
during the tournament due to pandemic related issues, Exposure Hockey
will make every effort to adjust the schedule for those teams impacted by
the cancellation. Adjustments to the schedule will be made SOLEY at the
discretion of Exposure Hockey.

If Exposure Hockey is unable to adjust the schedule, the team who cancels
will see their score recorded as a 1-0 forfeit, with their scheduled opponents
awarded a 2-point victory in the results and standings, along with a +1 goal
differential. We understand the potential implications of this, and will work
to avoid it, but a solution to everyone’s satisfaction and/or that impacts
many more teams may not be possible on short notice. We have structured
our divisions to try to minimize these potential impacts.

If the team who cancels is in an 8-team division, they will be designated
the 8th place in the standings, and the 1st place team will get a bye in the
playoff quarterfinals.

Exposure Hockey may try to find a fill-in opponent for one or more games
so the remaining team(s) will have actual games to play during the round
robin schedules, but these results will not count towards the tournament
standings or impact the tournament or playoff structure in any way.

As most of us are aware, there is a significant shortage of referees and game
officials across the country right now. Exposure Hockey has coordinated
carefully with local referees -in-chief and schedulers to have complete
game coverage, and we are hopeful for no disruptions.

In the event of a shortage of game officials, we may have to play a game with
only one official. These games will go on as scheduled and count as normal.
In the event of a lack of at least one game official for whatever reason, the
game will be cancelled. If possible, with available sources, ice times, and
within the structure and timeframe of the tournament, Exposure Hockey
*may* attempt to reschedule the game at a time and location acceptable to
BOTH teams and SOLEY at the discretion of Exposure Hockey.

If the game is cancelled and not rescheduled, the game will be recorded
as a 0-0 tie in the tournament results and standings. We understand the
potential implications of this, and will work to avoid it, but a solution to
everyone’s satisfaction and/or that impacts many more teams may not be
possible on short notice

If Exposure Hockey is prevented by circumstances outside of its control from hosting an event due to a restriction on sports imposed by emergency governmental order or if Exposure Hockey cancels an event in its sole discretion, all teams registered-paid to play will receive a portion or full registration fees paid to Exposure Hockey. Refunds will be paid in the same form of payment that was made by the team.  Credit cards will be refunded the amount, minus the processing fee

Eastern Exposure Hockey will not be responsible for any injury to teams and/or team members and/or supporters. This includes arena(s), school property, hotels, and anywhere else teams and supporters travel throughout the weekend.

The Eastern Exposure Cup Agreement shall be executed-acknowledged prior to the start of the Tournament/Showcase. Failure to sign the release form results in removal from the Tournament / Showcase.

Eastern Exposure Hockey will not be held responsible for any lost or stolen items.

Locker rooms and all areas of the arena and property are to be left in spotless condition.Failure to abide by this can result in dismissal of the tournament. If you see an area in poor condition, please bring it to the attention of Eastern Exposure Hockey promptly.

Tournament / Showcase personnel and team representatives ONLY are allowed on the bench and in locker room areas. Parents are not permitted in the locker room area or on the team bench at any time.

A refund for the Tournament/ Showcase for any reason, is solely at the sole discretion of Eastern Exposure Hockey. There is no refund guarantee for any circumstances.

As a group you must confirm and understand all of the items in this document and ensure every program member and participant understands the same. 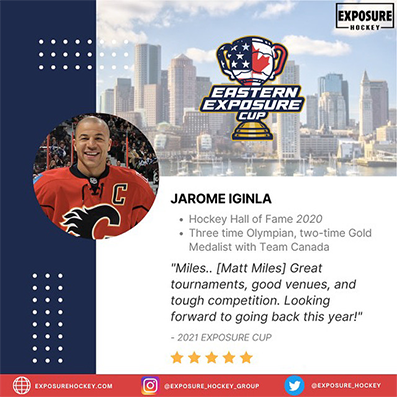 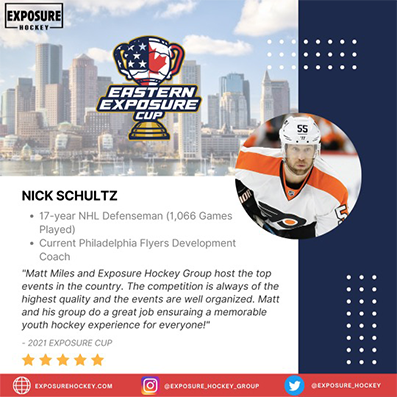 The boys of St Louis Ben Araya and Jack Ormson reppin the brand. Thanks boys!

The “been there done that before” celly is so cold 🥶

WAS THAT A NO LOOK PASS?? 👀 Are they really 2015’s? Great teamwork Arone ➡️Sararas ➡️Lamacchia 🥅

We have a winner! International Stars win the 2014 Are Code Chicago championship 4-3 in OVERTIME over Exposure. Carter Oney @carter.oney with the big GWG Great game and weekend to both teams. #elite #thebest #hockey #areacodehockey #exposure #theculture

It's Championship Sunday in Chicago for Area Code Hockey 🏒 You just know these games are going to be insane 🤯 🎥: @_msfilms

@prohybridaaahockey 2014s win their final game of day 2 in OVERTIME!!! These overtime celebrations are unmatched 🙌 🎥 @_msfilms

SHOOTOUT WINNER 🚨 International Stars wrap up round-robin play this morning with this beauty of a goal 🔥 🎥: @_msfilms

CHAMPIONSHIP - 2015 Division 🏒 Two teams from the Great White North traveled south to the Windy City but only one team will be named Area Code Hockey Champions 🔥 @torontobulldogs 🐶 vs. @klevryoungkings 👑 Who takes home the championship belt tomorrow? 👀

GAME WINNER 🚨 @torontobulldogs score the go-ahead goal with 31.4 seconds left in the third period to advance to the 2015 Division Championship tomorrow 🔥 🎥: @_msfilms